On todays episode We are going to go through the different light technologies and touch on the pros and cons of each for growing inside. Then Ill talk about which I have selected for my house and why I have picked it.
There are three main classes of growing lights we are going to talk about:

We will not be spending much time on incandescent lights as they generally don’t produce the wavelengths required for growth and are being phased out around the world as the most energy inefficient solution at merely 5 %.
Before we get into each of the light sources you can use to grow your plants inside lets quickly talk about what plants need to grow. The sun sends out a wide variety of wave lengths of light. Colors are essentially different wavelengths of this light being reflected off of surfaces and being caught by our retinas. Plants generally only require a few wavelengths to grow. Why do you ask don’t plants use all of the spectrum to maximize their growth. Well the higher energy wavelengths are absorbed quickly in water and for the first 2 billion years all photosynthesis was done in the oceans by algae.

Chlorophyll is the cellular structure in the leaf that captures light and uses it to produce energy through photosynthesis.

What this means is we only need to provide our plants with the two spectrums it can absorb in order for it to grow and in the absence of the rest the plants wont know any different and will continue to grow.
Narrated

Lets start with CFL bulbs. Originally invented in 1890s the technology really took off in the 1970s when mass production began allow them to become economically viable. They consume 1/3 to 1/5 the energy of traditional incandescent bulbs and have a life span 8 to 15 times longer. CLF have an energy efficiency of 7 – 10% in some cases reported to be about 15%.

Most CFL bulbs emit wavelengths with spikes in Blue Green and Red light spectrums which combine to make the White light you and I see.

The further from the plant you have the CFL bulbs the less usable energy is hitting the plants hence decreasing their effectiveness. Of benefit most CFL bulbs do not emit significant volumes of heat allowing you to have the plants in close proximity to the bulb to maximize efficiency.

CFL bulbs are commercially available at big box stores and are the cheapest initial investment of the lights we will speak about today.

High pressure sodium lights were invented in the mid 1950s. In terms of use for growing vegetables the are more flexible in producing higher volumes of wavelengths the plant can use. As HPS lights have higher energy output you do not need to have your plants in as close of physical proximity as you do with CFL. Of special note there are Low pressure options however they are not suitable for growth as they only produce low energy yellow wavelengths not the Red and Blue required.

HPS do have some characteristics that are typically not ideal in an indoor situation. Typically they emit heat on a level enough to require in most cases specialized venting to prevent overheating of the fixture and room. As you would assume the heat loss and higher output of light energy effectively drops the energy efficiency in comparison to other grow light systems. The cost of investment is generally higher then CFL bulbs and typically has a shorter life span as well.

Light Emitting Diode or LED is the third category of lights that work well for growing plants. Initially invented in the early 1900s the visible light spectrum and hence wavelengths appropriate for growth were developed in the early 21st century and are fast becoming the light of choice for commercial growth.

LED do not need to be close to the plants they are growing as the wavelengths not only are much more targeted to exactly what the plant needs it does not lose effectiveness as it travels. LED unlike CFL and HPS are able to emit exactly the wavelengths of light required for photosynthesis allowing them to specialize in plant growth. Often you will see grow lights emitting purple light which is the combination of blue and red. Although perfect for the plant you do have to be careful working around LED grow lights as their benefits for plants can harm your eyes. It is recommended to wear protective glasses while the lights are on.

Although available in big box stores for house hold lighting these LED lights typically emit the wrong wavelengths or are not quite optimized for growth. This decreases any gains in efficiency realized by your plants.

My general rule of thumb to use when researching or purchasing grow lights is you will want the correct wavelengths measured in Kelvins and higher watt bulbs that will emit more light for the plants. It is important to have a light that emits wavelengths in the Blue and Red Specturm for plant use. Watts are defined as the amount of energy required to operate the light.

Kelvin as a unit of measurement describes the spectrum of light being emitted. Kelvin ratings of 6500 and 2100 hit the Blue and Red Spectrums respectively. This is handy when selecting the right light with the highest Watts possible. Often I will mix both Kelvin around 6500 and 2100 to ensure I have sufficient light for photosynthesis.
Lummens are not the best indicator when purchasing lights for the purpose of growth. Lumes are measured by the amount of visible light hitting a square area. Visible light to humans is only a sliver of the spectrum and does not hit the Blue and Red Spectrums plants need. (Chart)

I chose to use CFL bulbs in my house for a number of reasons. Bulbs with excellent wavelengths for plant growth can easily found hardware stores so finding a specialty shop or ordering online is not necessary in most areas.
The light fixtures are either fairly cheap or the bulbs can be used in house hold fixtures. The fixtures for CFL are often long tubes allowing you to easily fit more plants under them. Having individual light gives me the flexibility to us what I need when I need it optimizing power consumption

They also don’t put off a tone of heat allowing you to operate more lights if you desire without having to worry about heat issues.

The initial investment is lower than the other lighting technologies for instance both of these combine cost me just over 50$. Because these set ups hold fewer watts of bulbs their power consumption is much lower. Even though some of the other technologies are more power efficient they typically come in single units that consume larger volumes of power. The lower energy output makes it much easier to start your seedlings and tender plants inside. Some of the larger systems can cause issues with your seedlings most often related to heat output.

One of the downfalls of using these CFL bulbs is you generally cant produce full size things like tomatoes and peppers. They will still fruit if you chose medium and small bodied fruit but not to the same density as the same plants outside or under the more costly systems.

If your looking for light systems for starting seedlings and lower energy plant growth inside during the winter I recommend simple CFL systems. With higher energy systems you can get closer to producing your favorite Tomato or Citrus tree inside during the LONG COLD WINTER

On the next episode in this series we are going to go through the basics of growing inside. Click here to go to the Indoor Growing Playlist.

Absorption Spectrum Chlorophyll A and B (Photo)
http://pinklightaeroponics.net/wp-content/uploads/2014/02/Photosynthesis-Absorption-Spectrum.gif 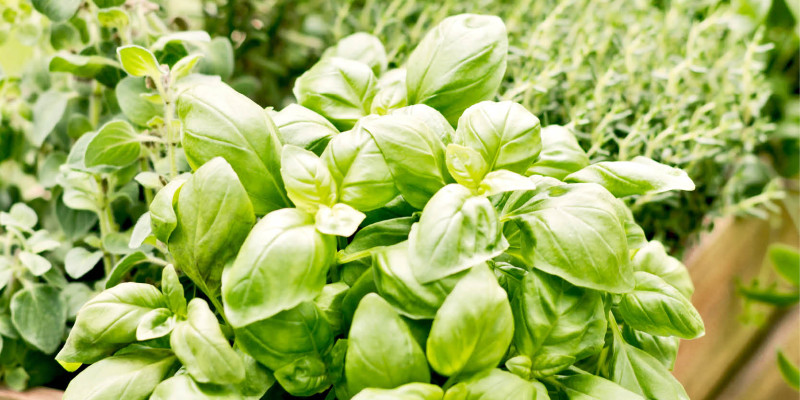