Introduction
There is a recommendation out there to avoid using tap water in the garden because the chlorine in the water harms beneficial bacterial in your soil.

Last Year’s Video
Last year in the testing garden assumptions series I took on this claim in my garden.

In order to test this assumption I took a variety of samples to Maxxam Analytics for analyse. I sent in a untreated control and samples where the soil had been treated a number of different ways using tap water. Maxxam then analysed the bacterial colonies to see if treating the soil with tap water would result in a reduction in the concentrations of bacteria in the soil.

I rarely use tap water so the populations of bacteria are likely robust and represent species that are both sensitive and resistant to chlorine and everything in between. Although not all of the bacteria in my soil can be cultured the ones that can be should be representative enough to allow us to determine if the chorine in tap water was going to kill bacteria.

I found in last year’s video that there was no noted difference in bacterial numbers when comparing the control to the extreme situation of 0.5 grams being put directly into tap water.

When I completed this study I had a hard time finding any peer reviewed research supporting or refuting these results. Recently I ran across a paper I thought I would share today.

Peer reviewed research:
For a long time researchers have hypothesized that tap water even after all of the treatment had bacteria in it.
A recent paper in the Journal of Microbes and Environments had a paper from researchers from Lund University in Sweden that took a look at fresh tap water to see if there were any bacteria in it.

They took a look at drinking water distribution systems and using next-generation genetic sequencing went about looking for bacteria. This method does not require you to be able to grow the bacteria in the lab to count it rather is kills everything and uses the DNA to figure out what was in the water. The researchers found millions of bacteria in the tap water.

I know what you are thinking is my drinking water safe? This study mentioned that of the species sequenced less than 1% of them could be cultured. This is good news we know how to culture most of the bacteria that can make us sick. In fact these bacteria may actually improve the quality and safety of the drinking water by further filtering the water.

How is this Relevant to the Garden?
You may be asking yourself how this is relevant to the garden. These results support the findings of my video last summer refuting the statement or claim that tap water harms bacteria.

The filtering and treatment at water treatment plants does a very good job at removing suspended materials and bacteria that can become harmful. The treatment process however does not kill all bacteria.

The researchers in Sweden investigated the species of bacteria they found in their samples. As it turns out the bacteria communities are ones known to live in what is called a biofilm. A biofilm is material that is excreted from many bacteria. Essentially it is similar to a house. Its main function is to protect the bacteria living in it from the harsh elements including chlorine.

Similar bacteria are found in your garden soil. These bacteria are essential in the nutrient cycle as they retain nutrients in the soil as they consume and break down more complex molecules resulting in more plant available nutrients.

Bacteria in soil also have the added benefit of the protection of the soil itself. The soil acts similar to a biofilm allowing physical protection from any chlorine in the water. Most soils are also chemically active.

Chlorine works to kill bacterial by forming an acid called hypochlorous acid. This acid is extremely effective at killing bacteria in water such as Salmonella and E.Coli that can make you sick. [3] However in soil this acid is neutralized by the soils buffering capacity. It is unlikely in such low concentrations going to be able to harm bacteria at all.

Summary
So what does this mean for your garden? Well it is unlikely that using tap water is going to harm the beneficial bacterial in your soil as they are well protected by the soil and biofilms. There is no need to purchase expensive filter systems to remove chlorine from tap water.

If you happened to miss last year’s video where I investigated if tap water killed beneficial bacteria there is a link on screen now. 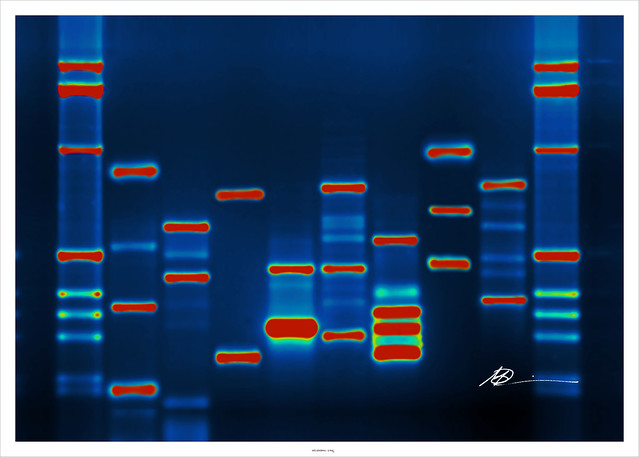