On todays episode we are going to talk about companion plantings such as marigolds and dive deeper into the practice.

What is companion planting? It is the practice of selecting plants that when planted together are beneficial to either one or both of them. Often companion planting has attributed characteristics such as decreased pest presence, increased pollination right through to enhanced flavour. Companion is a form of Polyculture and as a concept has been around since the dawn of agriculture. Much like the advent of agriculture around the world companion planting was discovered independently around the world likely shortly after the initial domestication of crops.

Marigold have lots of claims including being a good companion plant for a wide variety of benefits. A study published in 2009 looked to evaluate the effects of intercropping white cabbage and French marigolds. Cabbage fall prey to many pests. The Polish researchers found that pest damage was lower in plots where the cabbage was inter-planted with marigolds. This held true for a number of different pests. The researchers concluded that the most effective pest control for cabbage was intercropping with pot marigolds. (Jankowska et al.)

In a similar trial focusing the same techniques to see if marigolds could deter pests of snap beans found that Mexican beetle pest damage was reduced when the beans were bordered by marigolds however there was no differences noted when the beans were surrounded by other common companion plants such as pot marigold and garden petunia.

Similarly corn earworms had a variety of results including increased damage to crops when surrounded by companion plants. Leading the researches to determine that companion planting was not a useful control strategy for insect pests in home garden plots. ( Latheff et al.)

Nematodes are a key component of nutrient cycling in soil however about 15% of them are plant parasites and can cause massive crop losses by either the damage they cause to the roots or weakening the plant for other pests. Marigolds can produce a chemical that has the potential to kill nematodes
So planting marigolds in your garden close to plants that are sensitive to nematodes will help keep them away from them? The University of California Riverside discussed this in a paper in July 2007 discussed exactly this. While they confirmed that marigolds can kill nematodes though a variety of situations it’s a very specific species to species relationship and the marigolds generally have to be alive to kill them. In fact there is some evidence to suggest if its not the right pair the marigolds can help increase the populations of other pest nematodes. When using marigolds for nematode suppression its important to research the correct species. Of special note there are other plants that produce similar compounds and when tilled into the soil may still have effective.

I suppose the moral of this story is evidence based gardening. While yes in some cases Marigolds can control both insect and nematode pests it does not always work.

So what I am going to do is take the claims in stride. For instance we are testing the claims of Rock Dust and Biochar in the home garden field trials.
Ill admit I have planted marigolds for the last few years in my garden based on the same common claim that they were good. That said I am open to new evidence and making my gardening decisions based on the evidence presented. Should there be stronger evidence that my practice is not achieving the goals I set out to or is harmful I will changed my practices.

As you know I have promoted the use of leaf mulch, used coffee grounds, Comfrey and Actively Aerated Compost Tea. I will be joining Patricks Trial next year to test the effectiveness of AACT. In order to put leaf mulch, used coffee grounds and comfrey to the test Ill be working on some mini trials and more lab analysis to see whats really going on.

After all we all want to have successful gardens we enjoy right! Why not embark on a journey of life long learning! Is there a Garden practice you were surprised to learn was not correct or did not work in your garden? 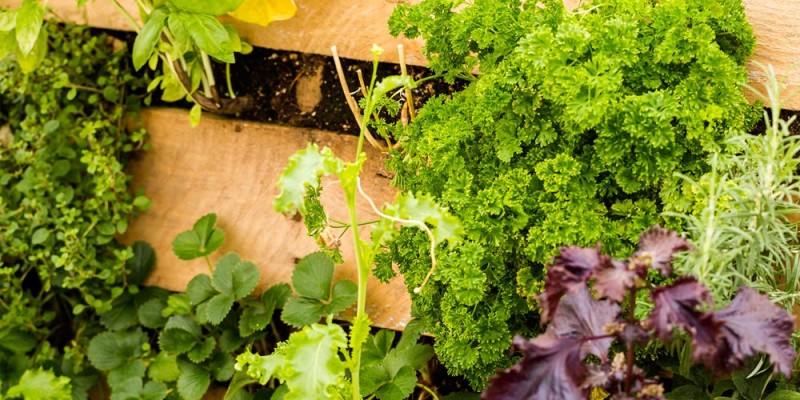 March 1, 2014 Leave a comment
Planning for a Square Foot and Bio-intensive Garden